Giovanni Enrico Morassutti is an Italian actor, theatre director, writer, artist and cultural entrepreneur. He is a graduate of the Centro Sperimentale di Cinematografia and long time student and collaborator of John Strasberg. Since 2001 he has appeared in more than 20 films including independent films, prime time tv and international films. As a stage actor and director he has worked in plays presented in theaters like the Cherry Lane, the Gene Frankel Theatre and La MaMa among others. 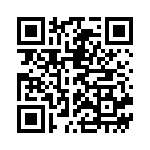