Good series of advice for someone trying to be morally persuasive. The author goes out of the way to continually impress that while someone could be in short term persuasive by lying, in the long term it is counter productive. Having this book as a reference could be very useful. Vollständige Rezension lesen

Many of these tips are rather trivial, and although the author does a great job trying to show applicability, some of these are more useful than others. Vollständige Rezension lesen

Noah Goldstein is a protege of Cialdini's. He is an assistant professor at the University of Chicago Graduate School of Business. He earned a Ph.D. in psychology under Robert Cialdini at Arizona State University in 2007, and he has published research with Cialdini in the Journal of Personality and Social Psychology.

Steve Martin is the UK-based co-director of Influence at Work. Prior to joining with Robert Cialdini's consulting group, he held a number of positions in sales, marketing, and management at several blue-chip companies.

Robert Cialdini is recognized worldwide for his inspired field research on the psychology of influence. He is a New York Times bestselling author. His books, including Influence, have sold more than three million copies in thirty-three languages. Dr. Cialdini is Regents’ Professor Emeritus of Psychology and Marketing at Arizona State University and the president and CEO of Influence at Work, an international company that provides keynotes and influence training on how to use the lessons in Dr. Cialdini’s books ethically and effectively. 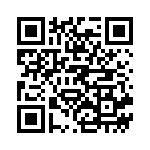