Katherine Verdery is Professor of Anthropology at the Johns Hopkins University. Among her books are Transylvanian Villagers and National Ideology under Socialism. 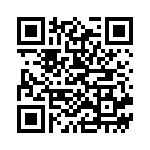