At the age of five, Carrie became aware of her intense intuitive gifts and connections to the Universe. These gifts have given her an amazing ability to help others overcome their personal fears and live a more balanced, peaceful, and abundant lifestyle. Through her workshops, personal coaching, and writing, Carrie shares The Universal Laws of Abundance to shift the way people think and change their habits to help them get rid of the blocks, heal past pain, move through grief, and attract the abundance in their lives that they have always desired.

As a budding twenty-year old in Los Angeles in 1971, Ciuba found his first copy of Napoleon Hill's famous Think And Grow Rich in an old, dimly lit, mysterious used bookstore at the top of a long climb.. Seedtime was long.. Though they had him in preparation all the while, he didn't recognize his destiny on The NEW Think And Grow Rich project till a near-death experience in the Dominican Republic struck the wake up gong..True to their turning, both, in their ""settled"" adult life turned out as persons of words and influence..Both turned out to be a journalist, author, teacher, and speaker. Both wrote and published a number of books. To make their living in a commercially viable field, both finally found themselves, with their word expertise, in the copywriting and info products profession, and, as such, became salesmen, businessmen, marketers, and promoters. Neither ever lost his passion for investigation, writing, teaching, and speaking. One final similarity..separated by 69 years.. 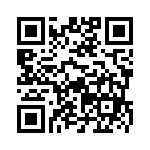