Stanley Cavell was born Stanley Louis Goldstein in Atlanta, Georgia on September 1, 1926. He received a degree in music from the University of California, Berkeley and a Ph.D. in philosophy from Harvard University. From 1953 to 1956, he was a junior fellow in Harvard's Society of Fellows. He then taught for six years at the University of California, Berkeley. He returned to Harvard to teach in 1963, becoming professor emeritus in 1997. His first book, Must We Mean What We Say?, was published in 1969. His other books included The Claim of Reason: Wittgenstein, Skepticism, Morality, and Tragedy; Pursuits of Happiness: The Hollywood Comedy of Remarriage; and Themes Out of School: Effects and Causes. He died from heart failure on June 19, 2018 at the age of 91.

Stanley Cavell (1926-2018) was Walter M. Cabot Professor of Aesthetics and the General Theory of Value, Emeritus, at Harvard University. His numerous books include The Claim of Reason, Cities of Words, and Philosophy the Day after Tomorrow. 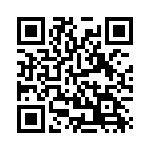