Wolfgang Iser is professor of comparative literature at the University of Konstanz, Germany, and professor of English at the University of California, Irvine. He is best known for his works The Implied Reader: Patterns of Communication in Prose Fiction from Bunyan to Beckett; The Act of Reading: A Theory of Aesthetic Response; Prospecting: From Reader Response to Literary Anthropology; and The Fictive and the Imaginary: Charting Literary Anthropology. 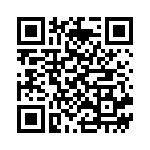