Maurice Olender is a Professor of the History of Religions at the Ecole des Hautes Etudes en Sciences Sociales in Paris, where he alos serves as Maitre de Conferences. He is the Editor of the journal Le Genre Humain and Director of the series La Librairie du XXIeme Siecle (Seuil, Paris).

Arthur Goldhammer is the celebrated translator who has received, among much praise, the prestigious French-American Translation Prize for his work on A Critical Dictionary of the French Revolution. 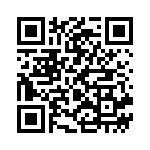