Soviet Scientists who are politically unreliable live in this prison facility and they are still allowed to work in their labs, but for the Secret Police projects....redemption may be a receding hope. Vollständige Rezension lesen

Somewhere in the Stone Reader documentary, likely its bonus features, a critic named The First Circle as the last novel of the 19th Century. The isolation of Soviet themes was likely exaggerated by ... Vollständige Rezension lesen 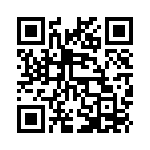