Amelie Kuhrt is an Ancient Historian specialising in the Middle East, particularly the history of Mesopotamia and Iran in the first millennium BC. She is Professor of Ancient Near Eastern History at UCL and Fellow of the British Academy. 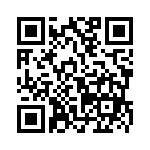