Since its initial publication in the early 1980s, The One Minute Manager has taught generations of leaders about effective, person-centered management. It's a quick book to read (I read it in under an ... Vollständige Rezension lesen

Good managers need to be concerned with both people and results. Vollständige Rezension lesen

Kenneth Hartely Blanchard was born May 6, 1939, in Orange, New Jersey. He married Marjorie McKee, a business consultant, in 1962. He founded Blanchard Training and Development in 1977. Blanchard has cowritten several books on management, including one of the best-selling management books of all time, The One-Minute Manager (1982) with Spencer Johnson. In the book, the authors describe effective and efficient management skills. The basics to good management are setting goals, praising, and reprimanding. Blanchard says that these skills can easily be translated to work in the home as well as the office. Blanchard lives in San Diego, California.

Patrick Spencer Johnson was born in Watertown, South Dakota on November 24, 1938. He received a bachelor's degree in psychology at the University of Southern California and then graduated from the Royal College of Surgeons in Ireland. While working in a hospital, he grew frustrated at seeing the same patients return with the same ailments, as if they were not trying to get better. He left the hospital to work as director of communications for Medtronic, a medical device manufacturer. He wrote short books to help customers understand complicated technical information. He went on to write short books about life and business including The One Minute Manager written with Ken Blanchard, The Precious Present, and Who Moved My Cheese? He died from complications of pancreatic cancer on July 3, 2017 at the age of 78. 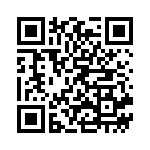