Elisabeth Mann Borgese is professor of political science and adjunct professor of law at Dalhousie University. She was a senior fellow at the Center for Democratic Institutions in Santa Barbara, California, when she launched her ocean project thirty years ago. This has led to the establishment of the Pacem in Maribus Conference and the International Ocean Institute. She is a member of the Club of Rome and the World Academy of Arts and Sciences, and an associate member of the Third World Academy. She has served as a consultant to UNEP, UNESCO, UNIDO, and the World Bank. Among other honours, she has been awarded the United Nations Sasakawa Environment Prize, the Francis of Assisi Environment Prize, and the Order of Canada. 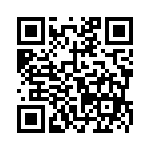