Born in 1944, Cyril Glasse, author of The New Encyclopedia of Islam, is an American citizen of mainly Russian descent. He is currently an international lecturer on comparative religion, and is preparing a timeline of Islamic history (alongside other works). He has recently lectured at the University of Saratov, Russia; the Oriental Institutes in St Petersburg and Moscow; at the Grand Mosque, Tashkent; the Badshahi Mosque, Lahore; the University of Calabria, Italy; the Open Center and Cooper Union in New York; and at Lund Sweden. He is the author of The Berlitz Guide to Saudi Arabia, editor of A Pilgrim's Guide to Mecca for the Hajj Research Center of King Abd al-'Aziz University in Jeddah. His graduate degree in Islamic Studies from Columbia College in 1991 had been preceded 15 years earlier with a degree, also from Columbia, in Russian. As a young man, Cyril Glasse worked in Morocco as a volunteer on a United Nations development project. It was in Ouzzanne, the religious center in the foothills of the Rif mountains in Morocco, and site of age-old Arabo-Islamic institutions, that Glasse converted to Islam. In the late 1960s, he studies there with traditional teachers, and faqihs. At the same period of early life he conversed or studied with the heads of various important mosques and centers of pilgrimmage, including Moulay Idriss Zerhoun, the Imam of the Qarawiyyin, Sidi Boush'arah (one of the last surviving representatives of the Shaykh Tayyib Darqawi), Sidi Ahmad al-'Alawi (of Algeria), and various other 'ulama (scholars of theology). His acquaintanceship and region of studies included association with wandering dervishes and Sufis of various orders. In parallel, he studied the full range of Western academic authorities on Islam (and the other major religions), in the five langauges of which he has a fluent command. From this period Glasse has continued to travel extensively throughout the Islamic world, attending spiritual centers in Maurentia, Algeria, Egypt, Turkey 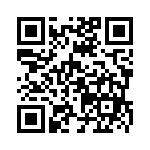