A Texas native, Don Campbell studied with Nadia Boulanger at the Fontainebleau Conservatory of Music in France and has worked with Jean Houston, Leonard Bernstein and other musicians, healers and mind/body researchers.

Over the years, his quest to harness the healing and creative powers of sound and music has taken him to 40 countries, including Haiti, Russia, Israel, Greece, Tibet, Indonesia and Thailand, where he has studied indigenous culture, taught and worked with children and young adults, and given his own performances. He has taught and performed in most of the capitals of Europe and lived in Japan for several years, serving as music critic for a Tokyo newspaper.

He founded the Institute of Music, Health and Education in 1988, and is known to the public through frequent television and radio appearances and international lecture tours. He lives in Boulder, Colorado. 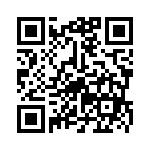