The future of nostalgia

The current U.S. craze for nostalgia runs from automobiles (the PT Cruiser) to fashion (the return of bell-bottoms) to television (TV Land reruns). Despite modern technology and conveniences, we enjoy ... Vollständige Rezension lesen

Review: The Future of Nostalgia

A little verbose, but also really touching. A rare combination. Rigorously routed in the examination of monumentality, it also offers insight into the political climes and memories of the soviet bloc ... Vollständige Rezension lesen

Svetlana Boym was born in Leningrad, Russia on April 29, 1959. She received a bachelor's degree in Hispanic languages and literatures from the Herzen State Pedagogical Institute in Leningrad, a master's degree in Hispanic languages and literatures from Boston University, and a Ph.D. in comparative literature from Harvard University. She became an assistant professor at Harvard in 1988. Her work included the nonfiction books Death in Quotation Marks: Cultural Myths of the Modern Poet, Common Places: Mythologies of Everyday Life in Russia, The Future of Nostalgia, and Another Freedom: The Alternative History of an Idea; a novel entitled Ninochka; and a play entitled The Woman Who Shot Lenin. She was also known as a photographer, with her work exhibited at galleries around the world. She died from cancer on August 5, 2015 at the age of 56. 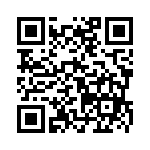