Ivo H. Daalder is the president of the Chicago Council on Global Affairs. Prior to joining the Council, Daalder served as the ambassador to the North Atlantic Treaty Organization under President Obama. He has previously worked with James Lindsay on America Unbound: The Bush Revolution in Foreign Policy, selected as a top book of 2003 by the Economist. Daalder is a frequent contributor to the opinion pages of the world's leading newspapers, and a regular commentator on international affairs on television and radio.

James M. Lindsay is senior vice president, director of studies, and Maurice R. Greenberg chair at the Council on Foreign Relations. Dr. Lindsay has written widely on various aspects of American foreign policy and international relations. He has contributed articles to the op-ed pages of many major newspapers, including the New York Times, Washington Post, and Los Angeles Times. In addition to America Unbound: The Bush Revolution in Foreign Policy, his previous book with Ivo Daalder, other books include Agenda for the Nation (with Henry J. Aaron and Pietro S. Nivola), and Congress and the Politics of U.S. Foreign Policy. 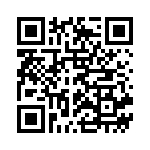