Lawrence Martin-Bittman was born Ladislav Bittman in Prague, Czechoslovakia on February 14, 1931. He was 8 when Germany invaded Czechoslovakia in 1939. At the age of 15, he joined the Communist Party. He received degrees in journalism and international law from Charles University in Prague. He joined the Czech intelligence service in 1954. As a Cold War spy, he operated from Berlin and Vienna and specialized in running disinformation schemes. In 1964, he became the deputy commander of the Czech service's Department for Active Measures and Disinformation. During the summer of 1968, he was angered by the Soviet invasion of Czechoslovakia and defected to West Germany. He was granted asylum in the United States. His defection led a military court in Czechoslovakia to sentence him to death. After his defection, he wrote several books about espionage and disinformation including The Deception Game and The KGB and Soviet Disinformation: An Insider's View. In 1972, he started teaching journalism and courses in propaganda at Boston University. In 1986, he opened the university's Program for the Study of Disinformation. He retired in the late 1990s. In 1994, a court in the Czech Republic lifted his death sentence. He died on September 18, 2018 at the age of 87. 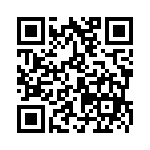