David Shearman is a physician and scientist who has held positions on faculty at Edinburgh and Yale University Medical Schools and as Mortlock Professor of Medicine at Adelaide University. He is currently working on several aspects of health and climate change. As a practicing physician he has maintained a lifelong interest in the environment and its relationship to human health.

Joseph Wayne Smith is a lawyer and philosopher with a research interest in environmentalism. He is the author of Global Meltdown (Praeger, 1998) and Healing in a Wounded World (Praeger, 1997), among other books on the future of human civilization. 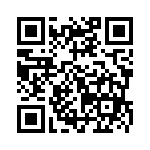