Wallerstein studied at Columbia University, where he received his Ph.D. in sociology in 1959. His work has focused primarily on what he calls "world systems theory," which deals with the socioeconomic dynamics of global dependence and interdependence. As Wallerstein sees it, the wealthy nations of the world control and manipulate the destinies of weaker nations and keep them dependent. The world system is an outcome of historic global, political, and ideological forces leading to Western hegemony. 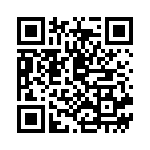