A direct descendant of the composer Johann Sebastian Bach, Richard Bach was born in Oak Park, Illinois, in 1936. He attended Long Beach State College in 1955 and had a successful career in aviation, as an Air Force pilot, a flight instructor, an aviation mechanic, and an editor for Flying magazine. Jonathan Livingston Seagull, the novel that made him famous, was written as the result of a vision. Halfway through the book, the vision disappeared and, finding that he was unable to continue, Bach, put the novel aside. When the vision reappeared, Bach finished the work. Jonathan Livingston Seagull, published in 1972, was an unexpected success and became the best-selling book in the United States for that year. The book is heavily influenced by Bach's love of flying and provides a marvelous inspirational message. The Bridge Across Forever: A Love Story, One, Messiah's Handbook: Reminders for the Advanced Soul (2004), and Hypnotizing Maria (2009) are some of his other novels that blend inspiration, love, fantasy, and hope. In recent years Bach has written Thank Your Wicked Parents: Blessings from a Difficult Childhood (2012), Rainbow Ridge and Travels with Puff: A Gentle Game of Life and Death (2013), NiceTiger, 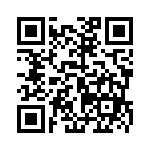