First published in 1976, this book is, in many ways, very c1970. There are no computers and cell phones and so many of what we consider vital parts of everyday life. It is also experimental. The ... Vollständige Rezension lesen

This book was on the list of 50 short contemporary novels that LitHub posted recently, and I had it on the shelf, so why not? It was hailed as a breakthrough in novelistic technique when new, which ... Vollständige Rezension lesen

Renata Adler was born in Milan and raised in Connecticut. She received a B.A. from Bryn Mawr, an M.A. from Harvard, a D.d’E.S. from the Sorbonne, a J.D. from Yale Law School, and an LL.D. (honorary) from Georgetown. Adler became a staff writer at The New Yorker in 1963 and, except for a year as the chief film critic of The New York Times, remained at The New Yorker for the next four decades. Her books include A Year in the Dark (1969); Toward a Radical Middle (1970); Reckless Disregard: Westmoreland v. CBS et al., Sharon v. Time (1986); Canaries in the Mineshaft (2001); Gone: The Last Days of The New Yorker (1999); Irreparable Harm: The U.S. Supreme Court and The Decision That Made George W. Bush President (2004); and the novels Speedboat (1976; winner of the Ernest Hemingway Award for Best First Novel) and Pitch Dark (1983).

Guy Trebay reports on culture for The New York Times. He was previously a columnist for The Village Voice and has written for The New Yorker, Condé Nast Traveler, Travel and Leisure, Harper’s, Esquire, Grand Street, and other major publications. His work, twice honored with the Meyer Berger Award, presented by the Columbia University School of Journalism, has received numerous other awards, been widely anthologized, and was collected in In The Place to Be: Guy
Trebay’s New York. 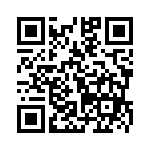