Marta Hanson is Assistant Professor in the Department of the History of Medicine at Johns Hopkins University, USA. Her research interests are in the history of medicine, disease, and public health in China and the cultural history of Chinese arts of memory. 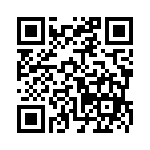