Tessa Dwyer is Lecturer, Film and Screen Studies at the School of Culture and Communication at Monash University, Caulfield Campus, Australia. Her publications include contributions in the edited collections Locating the Voice in Film, Contemporary Publics, State of Post-Cinema, and journals across the disciplines of Screen Studies, Translation Studies and Cultural Studies. Her most recent publication appeared in A Reader in International Media Piracy.

Claire Perkins is Senior Lecturer in Film and Screen Studies in the School of Media, Film and Journalism at Monash University, Australia. She is the author of American Smart Cinema (2012), and co-editor of U.S Independent Film After 1989: Possible Films (2015), B is for Bad Cinema: Aesthetics, Politics and Cultural Value (2014) and Film Trilogies: New Critical Approaches (2014).

Sean Redmond is Associate Professor in Media and Communication at Deakin University in Melbourne, Australia. He is editor of the journal Celebrity Studies, author of The Cinema of Takeshi Kitano: Flowering Blood (2013), and Celebrity and the Media (2013). 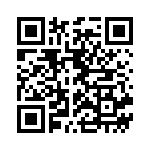