Swati Chattopadhyay is a Professor in the Department of History of Art and Architecture, University of California, Santa Barbara, USA. She is an architect and architectural historian, specializing in modern architecture and the cultural landscape of British colonialism. 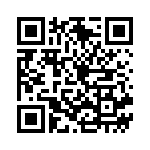