Former professional football player and National Football League coach Anthony Kevin "Tony" Dungy was born in Jackson, Michigan on October 6, 1955. While a high school basketball and football player, he was featured in the Faces in the Crowd section of a 1970 Sports Illustrated issue. Dungy worked for a number of NFL teams before being hired as the head coach of the Tampa Bay Buccaneers in 1996. Following his successes there, he held the head coach position for the Indianapolis Colts from 2002 to 2008, becoming in 2007 the first African-American head coach to win a Super Bowl. Dungy was also the youngest assistant coach and coordinator for the NFL and the first head coach to defeat every team. He is one of the few individuals to have won a Super Bowl as both a player and a head coach. Dungy has written several bestselling books, including the memoir Quiet Strength: The Principles, Practices, and Priorities of a Winning Life, the picture book You Can Do It, and Uncommon Marriage: Learning about Lasting Love and Overcoming Life's Obstacles Together. He has been involved in a number of charities, including the Fellowship of Christian Athletes, Athletes in Action, Mentors for Life, Big Brothers Big Sisters, Boys & Girls Clubs, the Prison Crusade Ministry, and All Pro Dad. He also assists Basket of Hope, the Black Coaches Association National Convention, Indiana Black Expo, the United Way of Central Indiana, and the American Diabetes Association. In 2007, Dungy was appointed to the President's Council on Service and Civic Participation, and in 2009 President Barack Obama asked him to join the Advisory Council on Faith-Based and Neighborhood Partnerships. 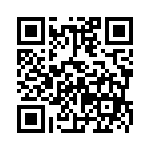