Viviana A. Zelizer is Professor of Sociology at Princeton University. She is the author of Morals and Markets: The Development in Life Insurance in the United States (Columbia). 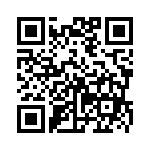