Sebastian M. Herrmann works at American Studies Leipzig. He is the founding head editor of aspeers, the first and currently only graduate journal for European American studies as well as a grantee of stipends from the Evangelisches Studienwerk Villigst, the Fulbright Commission, and the DAAD. After the publication of his dissertation on Presidential Unrealities, he received the 2015 Christoph-Daniel-Ebeling Fellowship at the American Antiquarian Society to do research on his new book project on “Early (Big) Data.” He has co-edited Ambivalent Americanizations; Participating Audiences, Imagined Public Spheres; and the Poetics of Politics. 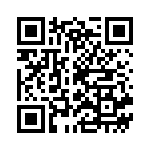