Fr Michel Remery is a Catholic priest, founder of Tweeting with God and author of various books. He studied architecture and worked several years before studying philosophy and theology in Rome. His PhD was on the relationship between liturgy and architecture. Be became an assistant priest in Leiden in the Netherlands where he mainly worked with young people and students. It was here that Tweeting with God came into being. As the Vice Secretary General of the Council of European Bishops' Conferences Fr Michel was, among other tasks, the secretary of commissions related to Social Communications, Youth and Catechesis. In 2018 he continued his priestly mission in Luxembourg, where he is the national youth chaplain, and committed to youth ministry on an international level as director of Tweeting with God. 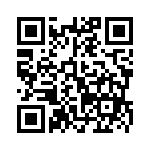