Never read in detail about the Cuba Crisis. So after reading Dobbs book I actually was a bit shaken. So many things could have gone wrong, so many things beyond control from JFK or Khrusjtjov, so many ... Vollständige Rezension lesen

One Minute to Midnight is an hour by hour reconstruction of the Cuban Missile Crisis. Dobbs has done original archival research and brings to the page new facts never before published. His main thesis ... Vollständige Rezension lesen

Michael Dobbs was born and educated in Britain, but is now a U.S. citizen. He was a long-time reporter for The Washington Post, covering the collapse of communism as a foreign correspondent. He has taught at leading American universities, including Princeton, the University of Michigan, and Georgetown. He is currently on the staff of the United States Holocaust Memorial Museum. His previous books include the bestselling One Minute to Midnight on the Cuban missile crisis, which was part of an acclaimed Cold War trilogy. He lives outside Washington, D.C. 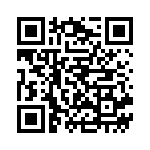