Remarkable much more for the story of Raul Castro than Fidel. That Raul, the friend (and agent) of the Soviet Union and the main architect of Soviet involvement in the Cuban misile crisis (far more ... Vollstðndige Rezension lesen

One of the best pieces of research to have emerged as a result of the opening of the Russian archives, a subtle, nuanced, and vivid history of the Cuban missile crisis—the East-West showdown that ... Vollstðndige Rezension lesen

Aleksandr Fursenko, one of Russia's leading historians, is a member of the Russian Academy of Sciences.

Timothy Naftali, a frequent contributor to Slate and NPR, is director of the federal Richard Nixon Presidential Library and Museum. He lives in Los Angeles, California. 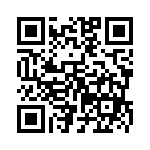