Avedon Carol is an American-born feminist anti-censorship and civil liberties campaigner and a researcher in the field of sex crime, residing in England. She is a member of Feminists Against Censorship, and as part of their publishing group co-edited Bad Girls & Dirty Pictures (1993), and is the author of Nudes, Prudes and Attitudes (1994); she has also worked on other books by Feminists Against Censorship. Additionally, she is a well-known figure in science fiction fandom. She was the 1983 winner of the Trans Atlantic Fan Fund, and has been nominated for three Hugo Awards (1989, 1991 and 1992) as Best Fan Writer for her contributions to science fiction fanzines. She was born in Maryland but now resides in London. She runs a political blog at http://sideshow.me.uk/. 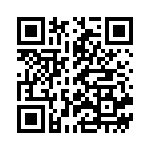