Brian Innes was born in London, England on May 4, 1928. He received a degree in chemistry from King's College London in 1949. He worked for several years in a laboratory before deciding to become an artist. He took classes at the Chelsea College of Art, where he co-founded the band the Temperance Seven. He was the band's percussionist and spokesperson. The Temperance Seven had several hits including You're Driving Me Crazy. He left the band at the end of 1965. He was a founding partner of Orbis Publishing. After selling the company, he wrote numerous books including the memoir A Long Way from Pasadena. He died on July 14, 2014 at the age of 86. 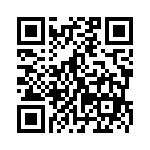