Robert Scotto is a professor of literature at Baruch College, CUNY. Among his publications are a Critical Edition of Catch-22 and several monographs and articles on 19th and 20th century fiction. 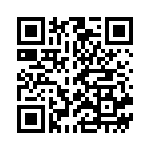