Paul Haddad is currently a Distinguished Professor of Chemistry and Australian Research Council Federation Fellow at the University of Tasmania, as well as Director of the Pfizer Analytical Research Centre. He has more than 500 publications in this field and has presented in excess of 450 papers at local and international scientific meetings. He is an editor of Journal of Chromatography A, a contributing editor for Trends in Analytical Chemistry, and was an editor of Analytica Chimica Acta for 6 years. He is currently a member of the editorial boards of 10 other journals of analytical chemistry or separation science.

He is the recipient of several national and international awards, including the ACS Award in Chromatography, the Marcel Golay Award, the AJP Martin Gold Medal awarded by the Chromatographic Society, the Royal Society of Chemistry Analytical Separation Methods Award, the RACI HG Smith and Analytical Division medals, and more. 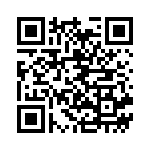