Anyone who can resist the temptation to dismiss this book as another conservative-in-liberal's-clothing attack on the legacy of the civil rights movement will find it disturbing and well worth reading ... Vollständige Rezension lesen 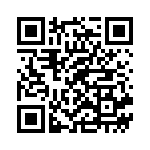