RUDOLPH J. GERBER is a retired appellate judge who served on the Arizona Court of Appeals until 2001. Currently a praciticing attorney in Phoenix, he is also on the faculty of the School of Justice Studies at Arizona State University. 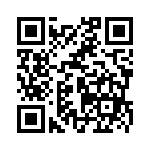