Jenny Pollack grew up in New York City and graduated from the High School of Performing Arts and Barnard College. Back in the 80's she got from Fiorucci, Macy's, Sak's, Bloomingdale's, Betsey Johnson, Patricia Fields, Reminiscence, Aca Joe, Parachute and who knows where else. She hasn't gotten anything since then. She is still best friends with her best friend. Jenny lives in Brooklyn with her husband Rob and son Charlie and their two cats, Mike and Harry. Klepto is her first novel. 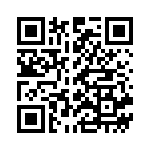