Jana Cerna was a teenager when her mother was killed at Ravensbruck. She died in 1981. A.G. Brain is the pseudonym for Alice and Gerry Turner, who have translated the work of numerous Czech writers, including Vaclav Havel and Ludvik Vaculik.

George Gibian, a native of Prague, is the Goldwin Smith Professor of Russian and Comparative Literature at Cornell University and editor and translator of The Man in the Black Coat: Russia's Literature of the Absurd, also published by Northwestern. 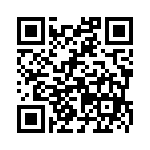