Worth it for the chapter on Group Sounds and the general overall grasp on the scene he has. Caveat is that the closer he gets to the heavy psych stuff, the more he slips into unintelligible Cope-isms. Vollständige Rezension lesen

Julian Cope was born in South Glamorgan, and grew up in Tamworth. After forming a succession of half-groups and writing songs with Ian McCulloch (later of Echo and the Bunnymen), he eventually formed Teardrop Explodes with Gary Dwyer in 1978. He is the author of Krautrocksampler, Megalithic European, The Modern Antiquarian, Head-On and Repossessed. His website, www.headheritage.co.uk contains some of the most entertaining and insightful album reviews on the web. 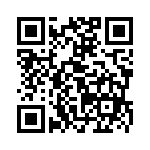