Carl Cohen is Professor of Philosophy at the Residential College of the University of Michigan. He has published many essays in moral and political philosophy in philosophical, medical, and legal journals. He has served as a member of the Medical School faculty of the University of Michigan, and as Chairman of the University of Michigan faculty, where he has been an active member of the philosophy faculty since 1955. His other works include The Animal Rights Debate (Rowman and Littlefield, 2001), with Prof. Tom Regan; he is also the author of Democracy (Macmillan, 1972); the author of Four Systems (Random House, 1982); the editor of Communism, Fascism, and Democracy (McGraw Hill, 1997); the co-author (with J. Sterba) of Affirmative Action and Racial Preference (Oxford, 2003)

Kenneth D. McMahon studied physics, philosophy, and English Literature as an undergraduate, then took graduate degrees in psychology and philosophy. He has taught critical thinking, philosophy, statistics, and psychology, and currently teaches logic for Hawaii Pacific University. His professional interests include logic, epistemology, philosophy of science, and philosophy of mind, as well as cognitive science, psychometrics, computational theories of mind, and evolutionary psychology. 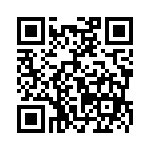