In 1964 Aziz Pahad was banned by the apartheid government and went into exile following the Rivonia Trial. He played a major role in developing the Anti-Apartheid Movement in the UK and Europe, and was elected as a member of the Central Committee of the South African Communist Party in 1984 and a member of the ANC's National Executive Committee in 1985. He served as Deputy Minister of Foreign Affairs of South Africa from 1994 to 2008 and was among those Cabinet members who submitted their resignations following the recall of President Thabo Mbeki in September 2008. In July 2014 Pahad was appointed by President Jacob Zuma as a Presidential Envoy to deal with the Middle East crisis. 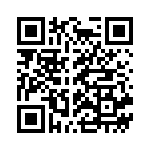