Roberta Senechal de la Roche is a professor of history at Washington and Lee University in Lexington, Virginia. She has written several works on various forms of collective violence, such as lynching, rioting, and terrorism. 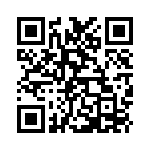