This proved to be a fascinating look at disco and its effect on African-American, gay, and feminist thinking in the 1970s. Echols may overreach in some of her analysis, but I thought most of her ... Vollständige Rezension lesen

I just finished reading Hot Stuff: Disco and the Remaking of American Culture. I was never into the 1970s disco scene and didn't really know too much about it or how huge it really was socially or ... Vollständige Rezension lesen

Alice Echols is a professor of American studies and history at Rutgers University. A former disco deejay, she is the author of the acclaimed biography of Janis Joplin, Scars of Sweet Paradise. She lives in Highland Park, New Jersey. 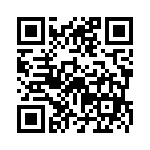