Seite xviii - ... every civilization. Throughout history, freedom has been threatened by war and terror; it has been challenged by the clashing wills of powerful states and the evil designs of tyrants; and it has been tested by widespread poverty and disease. Today, humanity holds in its hands the opportunity to further freedom's triumph over all these foes. The United States welcomes our responsibility to lead in this great mission.
Wird in 37 Büchern von 1977 bis 2007 erwähnt

Tzvetan Todorov is Director of Research at the Centre National de la Recherche Scientifique in Paris and the author of many books, most recently Imperfect Garden: The Legacy of Humanism and The Fragility of Goodness (both Princeton). 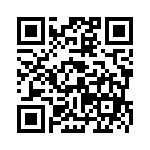