After graduating from University Pierre et Marie Curie - Paris 6 in 1995, Professor Pierre Sagaut worked as a research engineer at ONERA (French National Aerospace Research Center) until 2002. That year, he returned to accept a Professorship in Mechanics at the University Pierre et Marie Curie and now teaches there, as well as at the Ecole Polytechnique. He remains a consultant at ONERA, with IFP and CERFACS (France). His primary research interests include fluid mechanics, aeroacoustics, numerical simulation of turbulent flows (both Direct and Large-Eddy Simulation) and numerical methods. He is also involved in uncertainty modeling for CFD. He authored and co-authored more than 90 papers in peer-reviewed international journals and 130 proceeding papers. He is the author of several books dealing with turbulence modeling and simulation. He is a member of several editorial boards: Theoretical and Computational Fluid Dynamics, Journal of Scientific Computing, Progress in CFD. Three times he has received the ONERA award for the best publication, and the John Green Prize (delivered by ICAS, 2002). He is the co-author of Large-Eddy Simulation for Acoustics, also published by Cambridge University Press.

Dr Claude Cambon has been a senior member of the CNRS (French National Centre for Scientific Research) since 1979. He has consulted at ONERA (French National Aerospace Research Center) since 1988. As chairman of the Pilot Center PEPIT, he recently rebuilt this Pilot Center into the `Centre Henri Bénard' , of the European Research Community on Flow, Turbulence & Combustion. Dr Cambon is currently working in the Laboratoire de Mécanique des Fluides & d' Acoustique at Ecole Centrale de Lyon as CNRS agent, and is responsible for a team studying Waves and Turbulence. He lectures at the graduate level and in summer programs. During the summers he has visited at Center for Turbulence Research, Stanford University and NASA Ames (1990 to 1999). Also in 1999, Dr. Cambon was invited for a two month residency to the Turbulence Program at Isaac Newton Institute, Cambridge. 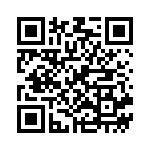