Dr. Xiao-lei Wang is currently a tenured, full professor at Pace University, New York. She was born and grew up in the People’s Republic of China and came to the United States on a graduate scholarship awarded by the United Nations. She received her Master’s degree from the Erikson Institute in Chicago and her Doctoral degree from the University of Chicago. Dr. Wang has conducted research in different cultural communities and worked with children and parents of immigrant and multilingual families. Dr. Wang has traveled in many parts of the world and studied languages such as English, French, Russian, and Japanese. She also speaks several Chinese dialects in addition to Putonghua (“standard” Chinese). 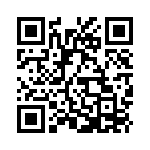