This is a truly impressive work of history. It's history that only the most skilled and versatile historians can research and write. It explores the war crimes against civilians committed in Belgium ... Vollständige Rezension lesen

German atrocities, 1914: a history of denial

From the outset of the German invasion of Belgium in 1914, there were reports of atrocities against civilians. While not denying that incidents occurred, recent historians have been skeptical of the ... Vollständige Rezension lesen 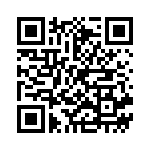