The ripsnorting autobiography of R.A. (Bob) Hoover, a storied airman who belies the aviation adage that there are old pilots and bold pilots but no old, bold pilots. A native of Nashville, Tenn ... Vollständige Rezension lesen

Hoover is one of the nation's premier airmen, probably best known to the public for his spectacular airshow routines. During the course of a half-century spent in numerous cockpits, he has gone from ... Vollständige Rezension lesen

Robert A. "Bob" Hoover has been awarded the Lindbergh Medal, the Kitty Hawk Award, the Distinguished Flying Cross and the Soldier's Medal. He is a member of the National Aviation Hall of Fame, the Society of Experimental Test Pilots, and the Aerobatic Hall of Fame. Mr. Hoover resides with his wife, Colleen, in Palos Verdes, California. 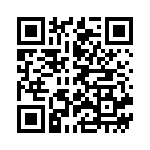