Richard Lee Rhodes is a writer. He was born in Kansas City, Kansas on July 4, 1937. Rhodes received a B.A. from Yale University in 1959. Rhodes has received grants from the Guggenheim Foundation, the Ford Foundation, the Sloan Foundation, the MacArthur Foundation, and the National Endowment for the Arts. He began writing articles and essays that appeared in Harper's, Reader's Digest, Esquire, The New Yorker, and Rolling Stone. Rhodes first book, The Island Ground, was published in 1970. He has written more than two dozen books. Rhodes' book, The Making of the Atomic Bomb won the 1988 Pulitzer Prize for Nonfiction, the National Book Award for Nonfiction, and the National Book Critics Circle Award in General Nonfiction. Another book, Dark Sun: The Making of the Hydrogen Bomb, was a finalist for the Pulitzer Prize in History in 1996. 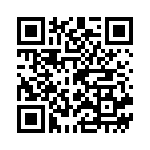