Jan Fontein was born in Naarden, Netherlands on May 22, 1927. He studied Chinese and Japanese literature at Leiden University, receiving an undergraduate degree in 1945. In 1953, he passed his doctoral exams in Chinese and Japanese art and the art and archaeology of Southeast Asia. He was a curator of Asian art at the Museum of Fine Arts in Boston for nearly a decade before being named acting director in 1975. He was the director from 1976 until his retirement in 1987. He wrote several books including The Pilgrimage of Sudhana: A Study of Gandavyuha Illustrations in China, Japan and Java, The Law of Cause and Effect in Ancient Java, and Entering the Dharmadhatu: A Study of the Gandavyuha Reliefs of Borobudur. He died from complication of Parkinson's disease on May 19, 2017 at the age of 89. 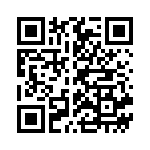