A good book on engineering design from the aspect of who engineers are. Vollständige Rezension lesen

Eugene Ferguson is Professor of History Emeritus at the University of Delaware. 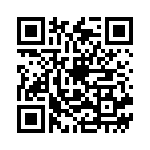